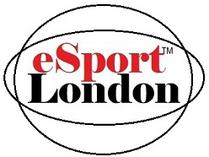 British Esports Association has launched a new campaign to celebrate females  within the eSports industry of which it is believed approx.30% is female and growing.

It is also reported that approx. 1.2  million adults watch  eSports in the U.K.

When talking to adults and even some children they are not familiar with the word eSports.

It is up to us all to promote eSports which can and will grow into a phenomenal Sport in its own right and those that aspire to work in the industry need encouragement at all levels . As they say onwards and upwards .

It is reported that 34% of players in eSports are girls have now been reached and that figure is growing.

It is reported that today that  in Germany  a specific dedicated eSports VISA was introduced that from spring 2020 any professional eSports athlete that derives from a non EU country will be subject to an easy procedure that enables them permanent residency in the term of their contract.

It will therefore create an advantage for tournaments and leagues In Germany and create  a solid base for the future.

It is reported that playing games on computer , mobile  has now been taken up by those over the age of 50 years. It started by playing computer games with their grandchildren and has developed from there. It therefore follows that the market  for gaming will now grow vastly. It also follows that some games need to be written with age groupings in mind. It will , in the longer term, benefit those getting older with keeping the mind active and may reduce  the effects of Parkinson's disease and dementia. Worth looking at.